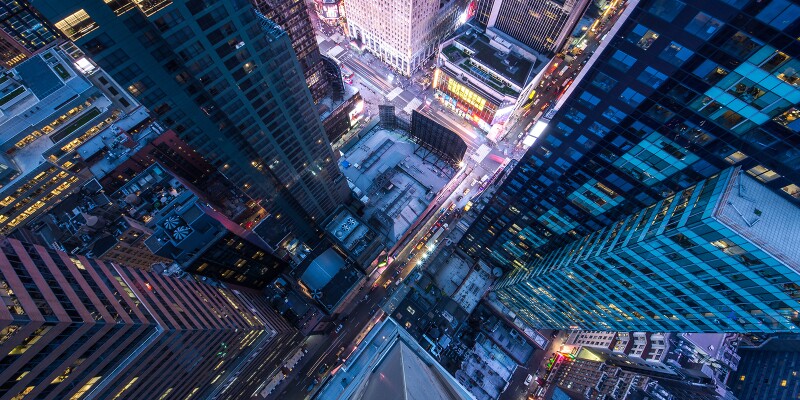 “Culture is everything,” the CEO said during our first interview. “Our company has something special—figure out what it is, cultivate it, transform it, but don’t screw it up.” No pressure at all, right? I accepted the job.

What is this culture thing we all hear about and speak of? I have many peers who will tell you that it’s a fluffy buzzword, haphazardly thrown around in intellectual conversations about strategic growth and business continuity—an undefinable intangible that makes for great debate. There are countless books, articles, blogs, probably even Instagram feeds all dedicated to culture and what it means for business.

In the spirit of simplicity, I’m defining culture as the what, how, and why things get done. Any group or gathering of people has a culture. It exists, it’s real, and as my supervisor framed it, it’s everything.

While I may secretly agree that many interpretations of the word walk a fine line of business cliché, an organization’s how and why (usually executed by people) are typically the secret sauce. So, what is a talent development professional supposed to do?

Let’s look at my firsthand experience on how purposefully guiding the culture of a company can have incredible financial impacts on a business.

European Wax Center is a beauty lifestyle brand franchise founded in 2004. It offers customers a full suite of waxing services, as well as a proprietary line of beauty products. It also operates a unique franchise business model, with a network of more than 720 centers across the United States.

When EWC had fewer locations, it was easier to support the execution taken at the individual location level. But as the business grew and expanded, it was more difficult to achieve the same level of consistency throughout the locations. More locations meant more franchisees and more managers, and this meant the experience the company offered could be susceptible to dilution and therefore affect the consistency. EWC did what many good companies do and invested heavily and considerably in training and support services. However, the question remained as to whether that was enough.

Respecting the franchise model, EWC faced a challenge: How could it achieve and sustain consistency across all locations so it could deliver one brand message and, in turn, gain location owners’ and leaders’ commitment to consistently provide the same level of service?

A few years back, my talent management team found that sample locations outperformed similar locations across multiple key performance indicators (KPIs). This is not an uncommon discovery in business. But our company is in the franchising industry, where everyone has the same access to tools and business intelligence and shares a similar customer base. It started to feel like the missing piece was not a hard business element but rather something less tangible.

Through a series of focus groups, observations, and feedback sessions, my team noticed that at top-performing locations, the ownership and management team had established a positive work environment through strong interpersonal relationships, allowing communication to flow naturally between peers, where feedback was proactively given and requested.

The franchisee and managers had established a microenvironment of care, friendliness, passion, and high performance where associates could grow both professionally and personally. They had, organically, established a culture of high engagement that positively affected the team’s performance and ultimately the location’s overall performance. They had inadvertently driven business through their culture. Even with similar conditions, the how and why they executed were the factors helping them stand out and outperform.

My challenge was to replicate this localized, authentic effort across the organization while making it engaging and attractive enough to gain franchisees’ and their teams’ voluntary commitment.

My first step was to identify the culture-driving behaviors and elements that I needed to promote and incentivize in the teams. Through roundtables and internal focus groups, my team and I discovered:

My team and I created an eight-month culture challenge—a brandwide contest-style initiative, with awards and prizes, that had three objectives:

We also deployed a culture engagement survey in the first and final month of the challenge to gain data, including participants’ satisfaction, their understanding of how their role contributed to the bigger picture, their feedback on their interactions with the manager, and their likelihood to recommend the location or company as a great place to work.

Culture is difficult to quantify. My scope for expected results was initially conservative. The expectation was simply to see an improvement in engagement scores using a survey before and after the challenge.

My team and I targeted two specific areas in the culture engagement survey: overall satisfaction with being a part of the brand and recommendations that the brand is a great place to work. It’s important to note that we went into the challenge with high scores (both these questions already producing results in the 90 range). We saw a 1 percent lift in our score, which wasn’t bad but also not particularly telling. Additional positive impacts on metrics like retention and turnover helped to paint our bottom-line picture. But we were ecstatically surprised after looking at the business and operational KPIs.

A qualitative analysis of the data in a sample of locations showcased that one primary driver for the locations’ level of involvement in the culture challenge was the leadership style and overall leader presence within the team. A deeper look at the results over the six months following the challenge and an assessment of the various types of leadership involved yielded even more fascinating results. We saw differences between locations that fully adopted the cultural behavioral changes and those locations that reverted to previous ways. Those that stopped engaging were unable to sustain their improved results.

Our culture challenge represented a victory showcasing the value of investing in culture and specifically in leadership development and special initiatives that look to strengthen the bond among team members and leaders. Only the right type of leader—someone who fosters communication, encourages teamwork, and links the importance of culture to the business—will cause a lasting impact in the team’s performance while increasing engagement and satisfaction.

The scale of our culture challenge is not an ongoing event and may not be easy to replicate or roll out in most organizations. However, if you choose to pursue a similar challenge within your company, start with these four steps:

1. Talk about your culture in terms of behaviors. Culture can be confusing to describe, so it’s important that leaders and influencers articulate what it means and what it looks like for your company.

2. Monitor how your associates experience the culture. Through formal or informal approaches, pay close attention to the team to identify and intervene during high-impact moments throughout the associate experience, such as an associate properly handling a guest issue or being promoted to a new role.

3. Empower the leader as a role model. Align your leaders to say, behave, and operate within the expected parameters of a cultural role model. Leaders should communicate the importance of culture and adjust their personal behavior to be consistent with the culture; they must operate based on culture-driving norms and practices.

4. Operationalize the culture. Make culture an actionable element. Equip the associates to activate culture as a compass that will drive every business decision within the day’s work.

There is no secret formula that will turn everyone into culture-driving machines. It requires discipline, nurturing, and commitment from all parties to grow the business and add real value through cultural engagement. Is culture everything? I think so, and it may even make you competitor-proof.

Tap Into ATD's Exclusive Senior Leader Consortium
CTDO Next is a network of technology-forward learning and development executives determined to shape the future of the profession.
Learn More
RJ
About the Author
Rebecca Jones