Meet us in The Mile High City for the ATD 2020 International Conference and Exposition and join us at our CTDO Next program to connect with learning executives from around the world who are shaping what’s next in talent development. 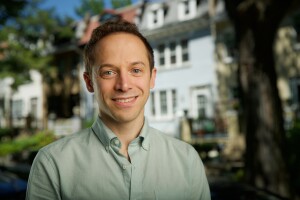 New York Times best-selling author and science writer David Epstein has made it his mission to uncover the keys to achieving high performance in any domain, and to debunk popular myths along the way. His New York Times best-seller, The Sports Gene, took readers inside the surprising science of extraordinary athletic performance. (It has been translated in 21 languages, and was read by both President Barack Obama and former Secretary of State Condoleezza Rice.) In his latest book, the top ten New York Times and Amazon best-seller Range: Why Generalists Triumph in a Specialized World, Epstein examines the world’s top performers, from professional athletes to artists, scientists, entrepreneurs and Nobel laureates. Named as one of Wharton professor Adam Grant’s “New Leadership Books to Read in 2019,” the Washington Post’s “10 Leadership Books to Watch For,” and selected for the JP Morgan Summer Reading List, Range has received rave reviews from the likes of Daniel Pink and Malcolm Gladwell, and best-selling author Susan Cain as well as praise from the Wall Street Journal, New York Times and NPR.

Epstein brings bold new insights to business, education, technological innovation, healthcare and other industries on the best approach to career development. His conclusion: In most fields, especially those that are complex, unpredictable, and difficult to automate, generalists, not specialists, are primed to excel. Sharing fascinating examples from the career trajectories of Duke Ellington and Roger Federer to a preeminent CEO who took her first job around the age her peers were retiring, Epstein shows that at every stage of life, from the development of children in math, music and sports to students fresh out of college trying to find their way, to mid career professionals in need of a change and would-be retirees looking for a new vocation after moving on from their previous one — generalists triumph as the world around them becomes increasingly specialized.

Agenda
Learn More About CTDO Next
What does it means to be a part of the CTDO Next Executive Network?
Find Out